Synopsis
This will show you how to see the current license information by showing you the OS edition, what type of license you have (Volume License, Multiple Activation key, or a standard retail copy), part of the product key for verification, and the status of the activation.

Information
This will allow you to check to see whether your computer has been activated properly by telling you the operating system and the edition, what type of license you have such as a Volume License or Multiple Activation key or a standard retail copy, gives part of the product key for your verification and the status of the activation.

1. Open the Start Menu.​
​
2. In the white line (Start Search) area, Copy and Paste a command option (A to D) below in bold below that you want to do and press Enter. (See screenshot below)​
NOTE: It will take about 10 seconds for the display window to pop up with the license information. For a complete list of commands, see step 2D.​ 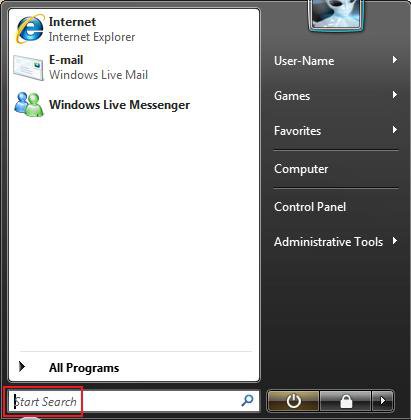 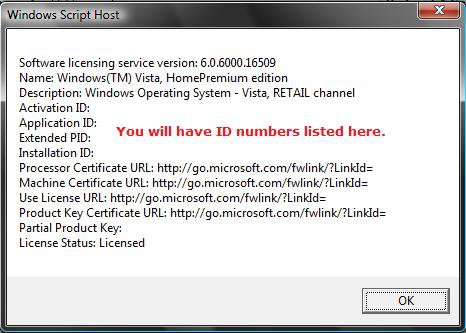 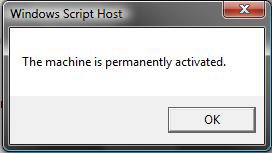 ​
​
D) slmgr.vbs = To display a complete list of options for license. (See screenshot below)​
NOTE: You can also use type these commands to do what they describe.​ 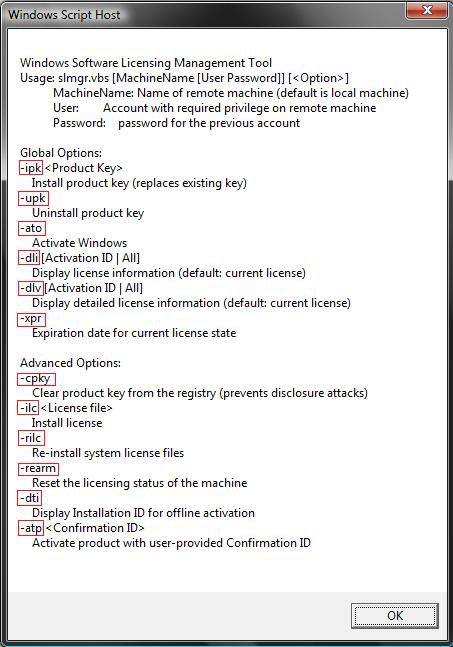 I keep getting permission denied on everything and I'm running the command prompt as Administrator.

Strange, I'm not sure why you would be getting denied. What happens when you run these commands from the Start menu while logged on to a administrator account?

Same thing happens but, it looks like I'm having a lot of issues right now. I can't access my control panel through start - control panel, I keep getting a pop-up about windows not being genuine, and my software licensing won't start. I have Windows Vista Ultimate so, it's 64 bit. I might just have to do a clean install which I really don't want to do. I thought that the problem could be a program that I installed thats not compatible with vista 64 but, I have no idea which program it could be. I've already uninstalled a couple programs.

You might check to see if this is the issue of the C: drive (Vista) not having TrustedInstaller as the owner.


Other than this, I'm not sure what could be causing this problem. If the above does not pan out, you might try a Repair (upgrade) install before having to do a clean reinstall to see if it will work instead.

Hello: The information presented here was very helpful. I was able to re-activate WinVista x64 by running the VB script with the -ato switch. The "notification" both in the form of a pop-up window, as well as that shown overlaid on my desktop, disappear ... that is until I re-boot. When I reboot I receive a notification that my version of Windows is genuine (cannot recall the actual wording) - this happens just prior to my WinVista desktop and icons show. Then I receive a second pop-up message as well as the desktop text overlay which indicate I do not have a valid/genuine version of Windows Vista (?).

I have installed Windows Vista from my MSDN subscription, using the key provided, and did not have this problem until recently. I use a program called CCleaner (crap cleaner from ccleaner.com) and thought I may have cleared out some file, but this is only a guess. I cannot believe it would be a result of a type of virus, but would be interested in finding out what is causing this, and appreciate any help and feedback on this!

I'm not sure what may be causing your Vista to be invalidated like that, but have you tried the phone activation option yet to see how that may work for you instead?

You're most welcome Confused, and welcome to Vista Forums.